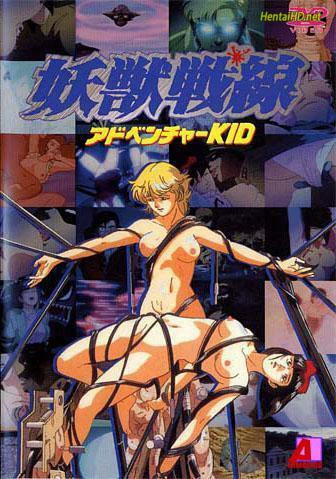 Episode 2: Having made their way back home the adventure duo find the world they knew is gone, and is now ruled by the demonic computer which first sent them to Hell. They travel back in time to World War II Japan in an attempt to stop the world from being changed. Notably, in doing so they witness the atomic bomb being dropped on Hiroshima, and there is an appearance of the Enola Gay, as well as numerous symbols of Japanese culture at the time.

Episode 3: This episode has a humorous love-quadrangle plot, where Eganko comes up with a plan to make Norikazu fall in love with her with a love potion, and simultaneously make Midori fall in love with an egotistical young man from her school. Unsurprisingly their plan backfires and everyone gets what they deserve.