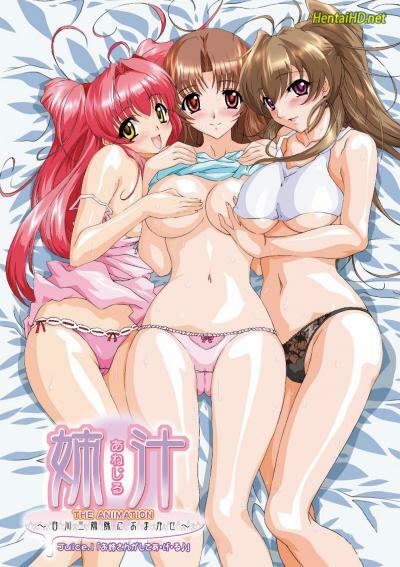 After living with his grandparents for 10 years, Yuu Shirakawa moves back in with his mother. As it turns out, she has remarried. Her new husband has three beautiful, young daughters who are now going to be Yuu’s stepsisters. Due to the nature of his work, Yuu’s now-stepfather is often away from home, leaving the house to his children to use as they please.

As he settles in his new room, Yuu notices a mysterious package addressed to him. Inside, he finds a glass bottle labeled “Vial of Inanna,” which apparently contains a deadly curse he is now afflicted with. The only way to lift the curse is to collect a significant amount of female bodily fluids while leaving their owners unaware of its existence. As horrible and difficult to fulfill as that may sound, Yuu soon realizes that the presence of three more-than-willing-to-cooperate girls in an empty house might be helpful.